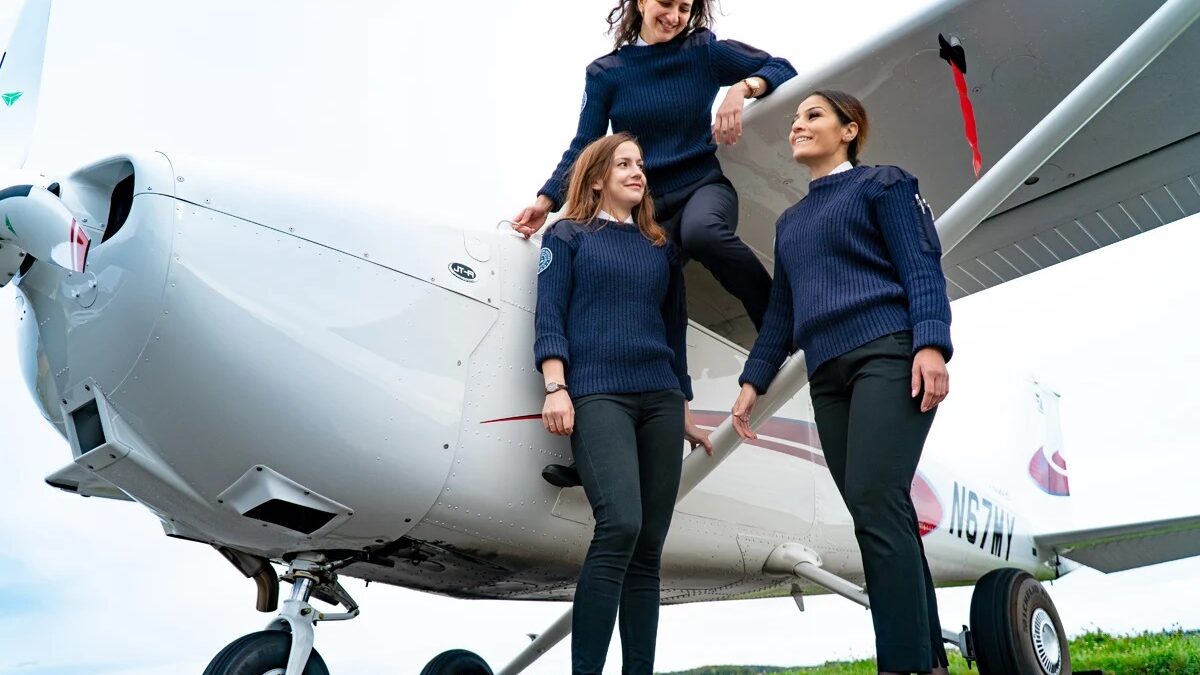 Girls in Aviation Day promotes various career paths and recreational pursuits within aviation to girls and young women through a variety of speakers, exhibits, and hands-on experiences.

We invited four of our female student pilots to speak up on this topic and share their experience within aviation, why they decided to become a pilot and their thoughts on this event.

Let's start with introducing the students

First, we have student pilot Laura van der Wijk, who started her journey at OSM Aviation Academy in 2020 in the First Officer Program 20-1. Her interest in flying started about 6 years ago when she met her boyfriend Roy. He is a pilot and works for KLM.

"5 years ago I went with him on a flight to Johannesburg South Africa. I was invited to sit in the cockpit and meet the flight crew. The first officer was a beautiful woman! Since I met Roy aviation became a part of my life and I considered becoming a flight attendant several times. But since that flight to Johannesburg and meeting the female pilot and with some encouragement from Roy I changed from maybe becoming a flight attendant to maybe I can become a pilot too. I still needed some encouragement so after finishing my nursing degree, I started working as a nurse. After 3 years of being a social nurse I decided that it wasn’t for me and applied for the aviation academy at the age of 26 (started when I was 27)." - Laura van der Wijk

Next, we have student pilot Angela Escobar from Spain, she started her pilot education at our base in Arendal in 2020. Angela's dream of becoming a pilot started when she was a kid and saw an airplane for the first time. Unfortunately, she could not accomplish her dream when she turned 18 due to financing. She decided to put her dream on hold and focused on other career options in the meantime.

"I moved to Norway 4 years ago and found out that the First Officer Program in Norway is approved by Lånekassen, which made me so happy. I knew that as a Norwegian citizen, I could benefit from it and finally accomplish my dream of becoming a pilot. At the age of 29, I signed a contract with OSM Aviation Academy and began my journey." - Angela Escobar

And now we introduce Greta Lundkvist from Sweden, who started in the YH-21 class this year.

"The thought of becoming a pilot has always been an obvious choice and goal for me. I have drawings I made in kindergarten of me as a pilot and I remember I told everyone that I was going to fly airplanes one day. What sparked this interest at such a young age and thought that being a pilot is something to aim for came from my mother who herself was once a pilot captain. I basically grew up hearing about how amazing it is to fly and all the wonderful sides of it. Unfortunately, she had stopped flying when I was born, however, it didn’t stop her from talking about it and seeded the interest in me." - Greta Lundkvist

Last but not least, we have Karlijn Kant from the Netherlands! She started in the First Officer Program in Norway in 2020.

"I grew up in a flying family, my dad is a pilot and my mom a flight attendant. So I had the opportunity to take a look into the cockpit when I was quite young. This made me interested in becoming a pilot and I always dreamt of sitting in the cockpit myself when I saw my father work. When I started gliding when I was 14 it became even more clear that I wanted to make flying my job and I did everything I could to follow my dream." - Karlijn Kant

Thoughts of “Women in Aviation Day”

"I think it is a good initiative to inspire other women that becoming a pilot is really achievable. For me I never considered it to be an option until I met Roy (so having someone introducing you to the world of aviation) and especially the female officer. So I think we need female pilots to inspire another woman to become pilots." - Laura van der Wijk

"It is a very important day to speak up as a woman, to let other women know that this profession is not associated with gender. I have wanted to become a pilot since I knew I could become a pilot, it has nothing to do with which gender you have." - Angela Escobar

"For many reasons, the “Women in Aviation Day” is important. The amount of women colleagues I will have in the future is way below the amount of men colleagues I will have in this profession. We can daily see how pilot women are targeted of assumption for being unqualified or unfit because this profession still has the stamp that it’s a “Man’s job”. These assumptions existed when my mother was a pilot, and it’s scary to see we haven’t got very much further since then. By lifting up the subject that this isn’t a job for a specific gender, more people can accept that women are able to carry out a job with the same quality and has the same competence as men. Not only does it open eyes for people to accept women in aviation, but it also encourages young girls to see that it is a profession that is possible even for them. Hopefully, young girls will not have to meet the surprised and questioning looks I got when I was younger and told everyone that my dream job was to be a pilot, and instead they will receive encouragement and acceptance that a girl can take that path." - Greta Lundkvist

"I think it is great to make people aware that there are not many women in aviation and many people still think women don’t belong there. We need to show them that women also belong in the cockpit and encourage women to follow their dreams!" - Karlijn Kant

"My favorite thing about flying is the feeling of being in control of such an amazing machine and striving for perfection; I find it really satisfying when I am going on a roll with good time management, nice stable approaches, and of course good and soft landings!" - Laura van der Wijk

"The feeling you have in the air, the views, the art of flying… I’ll never be tired or bored of it." - Angela Escobar

"My favorite thing about flying is to be able to see everything from up high and have control over the airplane. I remember my first solo like it was yesterday, the first time the airplane is all in your control, that is an amazing feeling! Every time I’m flying, I enjoy that feeling deeply." - Karlijn Kant

Advice for girls who are considering a career in aviation

"They will not regret it. It is better to try than to be 50 and say what if I… And there will always be an option to become a pilot, but you have to believe it, to wish it. Constancy and perseverance is the key." - Angela Escobar

"I would advise other girls who want to become a pilot to go for it, don’t let anything hold you back. Many people will have an opinion about it, but never let that stop you from following your dreams!!" - Karlijn Kant

"Even if you get questioned about what you want and are met with doubts about if you’re able to have this kind of career, don’t listen. Do not be afraid that you will be overshadowed by men or talked down to, we are more and more girls showing that this profession is for both genders. But mostly, I would advise that if you have an interest in aviation, you should go ahead, start by taking some flying lessons and reach out to other girls in the business. We are all here to help each other." - Greta Lundkvist

More motivating stories from the Captains

Watch our inspiring interview with female Captains Linn and Olivia, sharing their story about why they chose to become a pilot, their journey from First Officers to Captains with Norwegian, tips for aspiring pilots, and their admiration for the aviation industry! 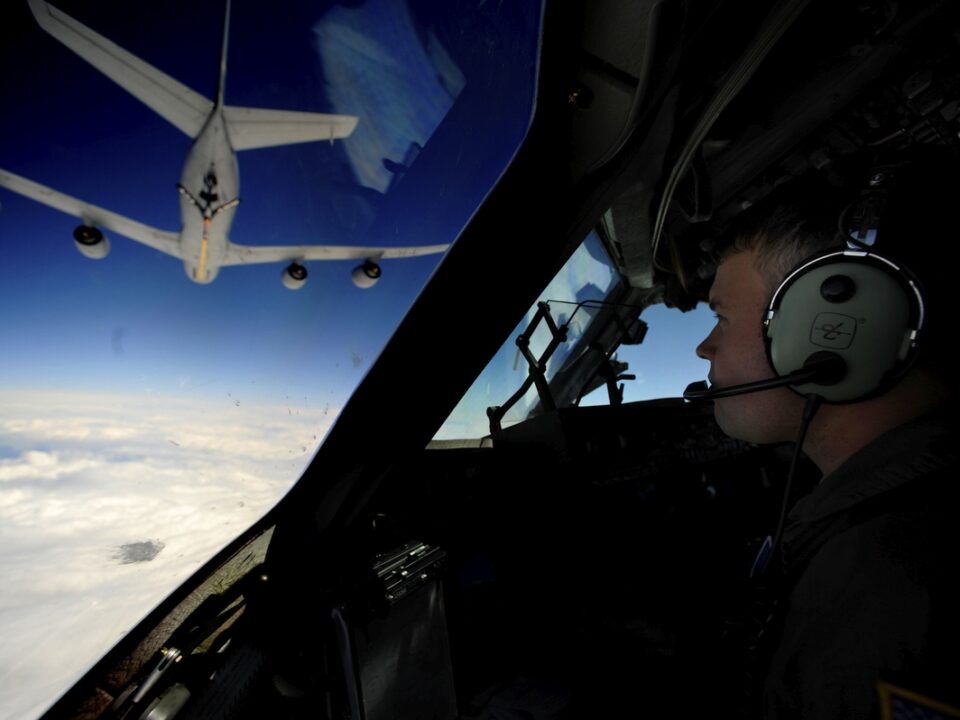